Give the Sack to Plastic Bags 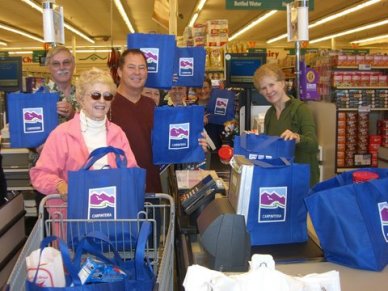 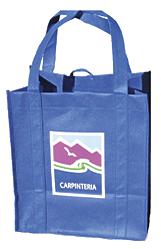 Thank you, Carpinterians, for giving the sack to plastic bags!

Over a period of four years, starting in 2008, we distributed over 6000 free reuseable bags to local shoppers along with informational handouts to explain the need for them. This was followed up with a gift-card rewards program for shoppers “caught” using their bags.

In addition, we carried out an intensive campaign of public education, including the production of a DVD entitled It’s in the Bag, distributed to local schools and shown on YouTube.

In the spring of 2011, we led the cheering squad when our local Albertson’s went green and voluntarily eliminated all single-use shopping bags from their store, an outstanding example of corporate responsibility. We then enthusiastically supported the City’s Reuseable Bag Ordinance, passed in 2012, which banned single-use bags throughout Carpinteria.

The positive effects on the local litter stream were immediately apparent as soon as the ordinance took effect. Where once these bags could be found literally everywhere, polluting our creeks, beaches, parks and roadways, it’s now rare to come across even one.

We know this change was not easy for everyone. Forming new habits can be a challenge, but Carpinterians were up to it and we’re really proud of our community for leading the way for the rest of Santa Barbara County.

Why do we feel so strongly about the plastic bag issue?

The Numbers Tell the Story

Need we say more? Please, join us in giving plastic bags the sack; remember your reusable bag every time you shop!